Magazine honors Buswell, All American Do It Center

There’s something quintessentially American about Brian Buswell’s All American Do it Centers in western Wisconsin – and it’s not just the name. It’s the story of Buswell’s small business success, the way that he talks about it and what he chooses to do with it.

Buswell launched his business at the ripe age of 24 years old, shortly after graduating from college. It was a small 600 square foot store in Norwalk, Wisconsin (A location that has since closed.)  For him, starting a business wasn’t as much as choice as it was a calling. “That’s what I was meant to do,” he says, “to own my own business.” Buswell got a job at a lumber yard, but quickly found a small lumber yard nearby that needed a new owner. With generous help from his parents, who risked their recently paid-off mortgage to finance the business, Buswell was able to get things off the ground. “At the time, I didn’t think that was a big deal,” Buswell says. “But now I look back, and that probably represented 80 percent of my parents’ net worth.”

“My wife, Deb, had a real good job at the VA, so we lived off that salary and left all the money in the business,” he said. “I didn’t take a salary out for seven years, so we were able to pay off the mortgage a lot of faster than you normally would. We wanted to get the farm released.”

Then in 1980, three years after the business opened, Buswell said he made the best business decision in his life — he joined forces with high school friend and CPA Todd Page and made him a minority partner.

Soon after Buswell and Page opened a store in Black River Falls and then Tomah. 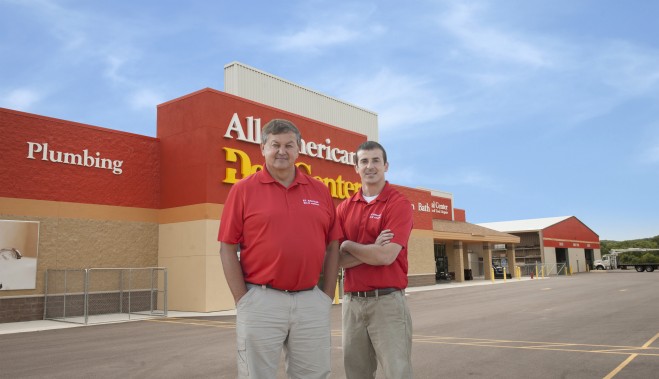 “Eventually, we thought it was the best idea to move to Tomah,” he said. “It’s larger, and we built the store here and closed Norwalk. That was in 1994, and in 2004 we built Sparta, then we closed the Black River yard.  Our most recent store was opened in 2014, an additional store in Richland Center.”

One reason for expanding the business the way they did, Buswell said, was to fill gaps in communities that didn’t have a home center — a business that combines everything a person needs to build and maintain a house such as hardware, lumber and shingles. He said it’s a one-stop-shop.

“None of the communities had a home center,” he said. “They had a hardware store and might have had a lumber yard, but they didn’t have a home center. So we try to fill that void, try to keep business local rather than going to the large population areas. That keeps the jobs here, keeps the money flowing in our own communities, and hopefully we do a good enough job that we earn peoples’ loyalty.”

When Buswell first started, he was one of two full-time employees at the lumber yard and hardware store. “We started with nothing,” he says. He didn’t take a salary for seven years. Now, All American Do it Center has grown to three locations and employs more than 100 people, including two of Buswell’s sons. 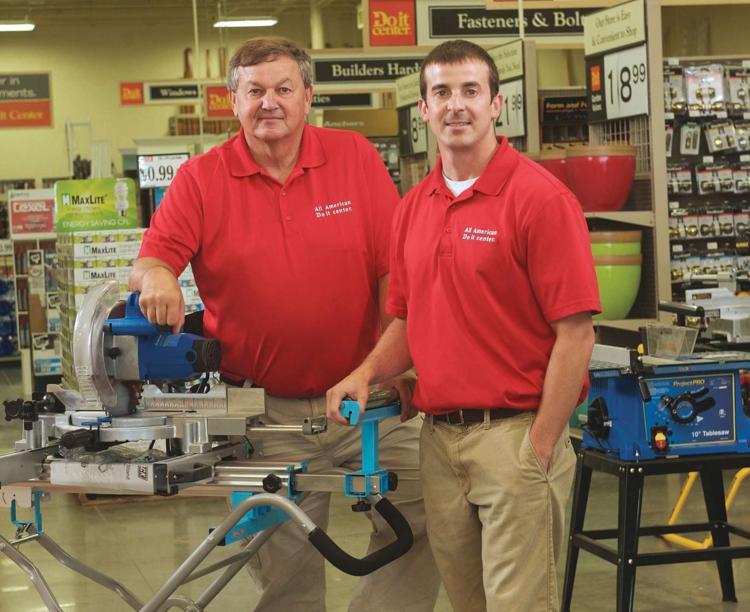 In the future Buswell hopes to turn the business over to his sons, Jacob and Matthew, and to see them take the business farther than he has.

“Our industry is consolidating,” he said. “There are fewer and fewer players, and the players that