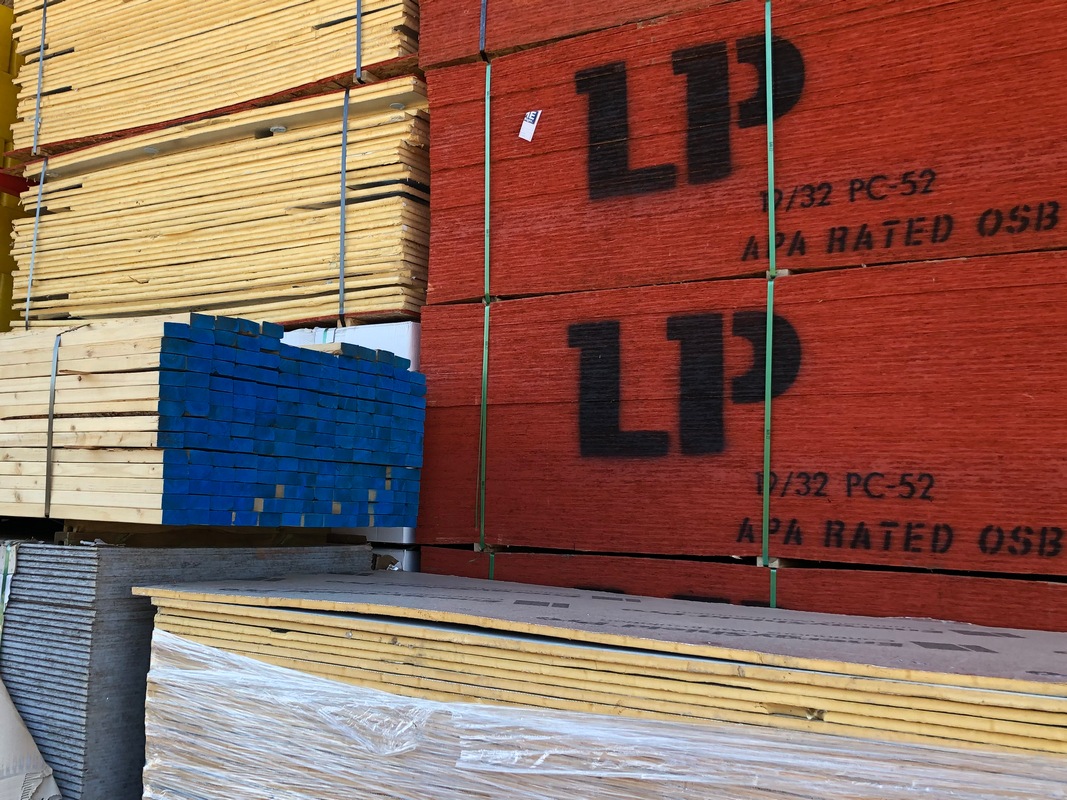 Why is the price of lumber so high? Here’s one answer.

COVID-19 changes and transportation problems have impacted the price of lumber.

Machine stress rated lumber remains in high demand, forcing some lumberyards used to selling higher quality sticks to sell a lesser quality #2 lumber. Photo taken Nov. 11, 2020 at Pinke Lumber, Wishek, N.D. (Katie Pinke / Agweek)
Why is the price of lumber so high? I’m frequently asked that question as my husband, Nathan is the second generation to own and operate a family lumberyard, Pinke Lumber and Pinke Homes. Nathan recently shared the roof system of an 80-foot-by-200-foot farm building he quoted in December 2019 increased by nearly $10,000 by the time it was ordered and delivered in September 2020.
I’m not involved in the daily happenings of the lumber business, so I called Justin Matthiesen of Weekes Forest Product, an independent distributor of commercial and machine stress rated lumber and other specialty building materials, to ask why the price of lumber is so high.

“The problem, of course, is caused by the effects of COVID-19,” Matthiesen said. “Many mills are only operating at 50% to 80%, and they are social distancing at least 10 feet. The shutdown of sawmills this spring plus a surging demand for lumber caused prices to double since April, adding $16,000 to the cost of putting up the average new house.”

“Other factors that have come into play are the scarcity of buildable lots, too few skilled workers and shipping delays,” said Matthiesen, who works as the sales manager at Weekes Forest Products location in Fargo, N.D.

Mortgage rates remain low. The housing sector is the highest it’s been since 2007. Homeownership is rising after bottoming out in 2016, Matthiesen said.

Like a lot of business owners and industries, the past eight months brought “a lot of stress and a lot of worries” for Matthiesen and the lumber supply chain as margins grew thin.

But it’s all about turning product, and while perception might be suppliers are rolling in the money with higher lumber prices, Matthiesen said that’s not true. In fact, suppliers are losing significant amounts of money.

To diversify their options, Weekes Forest Products has expanded its list of suppliers and found new ways to get product. For example, Weekes recently entered into an agreement with a new OSB (oriented strand board) supplier to receive a truck every week and a half. OSB in 4-foot-by-8-foot sheets are used in almost every Pinke Lumber farm or home building project.

The increase in the price of lumber isn’t solely based on the mill production slowing.

“It’s not just the fiber. It’s the shipping,” Matthiesen said.

West Fraser, the largest supplier of lumber in North America, won’t quote into the Midwest right now, Matthiesen said, and Weekes brings lumber into North Dakota at $3,000 more per truck. While Pinke Lumber has continued to buy lumber amid the fluctuating prices and shortages, “some lumberyards won’t make it,” Matthiesen added.

When COVID-19 slowed transportation of lumber, the mills moved from railcar to trucks for transportation. Four trucks of lumber can carry the equivalent of one rail car. Now trucking has slowed so much, Matthiesen said mills have gone back to rail to get lumber to suppliers. Rail used to take two to four weeks and now is taking eight weeks.

Some suppliers cannot quote a price because they simply do not know how long it will take. For example, on Nov. 6 when Matthiesen and I spoke, a 16-foot two-by-four order expected in Fargo on Oct. 16 still hadn’t left the mill, and he talks to them daily.

What’s ahead for 2021? Should you move forward with your project considering the increase in lumber prices and wait times?

“Many forecasts believe the market’s strength is durable and will continue well into 2021. By most measures, activity in the housing sector is running at its highest rate since 2007. Mortgage rates are going to remain very low, at or near historic records,” Matthiesen said.

Plan the storage shed, calving building, home addition, new home, deck, porch or whatever project is on your list. The high price of lumber isn’t enough to offset the low-interest rates and the ability for suppliers such as Weekes to continue to meet the needs of lumberyards in your area. I know one lumberyard owner feverishly working to have supply for contractors to keep customers’ projects going.

Pinke is the publisher and general manager of Agweek.com.   She can be reached at kpinke@agweek.com, or connect with her on Twitter @katpinke.